Android might be great for game and app developers, but for the ordinary consumer, it has many bad connotations. OUYA needs to disassociate itself with the “dirty word” of gaming

I’m a big fan of Android, don’t get me wrong. As a developer, I love that I can poke around with the source code or use the platform on anything from fridges to tablets to cars. However, I’ve never bought an Android game or app.

Not because there aren’t any quality apps on Android. But trying to find those needles in the gigantic haystack of poor quality, badly conceived or just down right rubbish apps is too much effort. 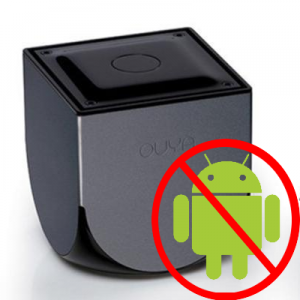 Add to that the effort to enter my credit-card details when most apps are free anyway, and it is no wonder mobile app developers choose to target the more profitable iOS App Store first. Quality apps come to Android second, long after initial release on iOS, or in many cases, not at all.

Finally, to make money in a world where everything is free, game developers have turned to in-app purchases, which in turn has lead to games designed as glorified slot machines, or situations where players have to pay to win.

In short, to most consumers, Android games = poor quality and/or money grabbing experiences.

OUYA initially took a massive risk by making a games console without even knowing what games might be on it. They now have a big enough developer community to ensure a good crop of launch titles and continued releases after that.

Developers who want to make OUYA games will find out by themselves that actually the behind the scenes platform is Android, making their lives easier

However, the Android connection is now hurting OUYA’s image, and I think it is time that OUYA publicly disassociate themselves with it