There is a horrible moment after the initial euphoria of revolution when you realise that what you’ve been fighting for is just potential. Making reality match that is the real hard work. When OUYA launches at the end of March, it will mark a revolution in the games industry in a number of ways.

However, most of the changes it will usher in won’t be seen for some considerable time later, and OUYA needs to manage expectations until it becomes clear to all that those changes are concrete and real.

For example, the games that OUYA will launch with won’t instantly set the world alight. Even great games often take time to organically build awareness and recognition of their uniqueness and qualities.

There will be features that gamers have come to expect as standard, such as social networking / friend finding, that OUYA has simply had to defer until later due to time constraints.

And inevitably, in a rarefied environment of information paucity, people will have built up unrealistic pictures of what the OUYA will be like. For some, it will be better than expected, but for just as many, it will be worse. 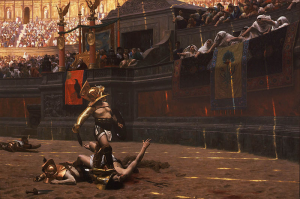 Simply slapping the “Beta” label on the whole project and claiming it is still being worked on isn’t going to cut it in the internet world of instant judgement. OUYA can though, still do a lot to pre-empt the negative reactions:

Game Quality
OUYA won’t be without high production quality games when it launches, but there will inevitably be a lot of less than stellar games (and will continue to be), due to the nature of an open platform. Some people will understand that, but trying to explain why the principles that will supposedly make gaming better in the long term are right now appearing to do the opposite simply won’t get through to some people.

As much as it goes against the egalitarian instincts, the best way to deal with this is to simply manually pick the best games and give them a temporary unfair advantage on the OUYA Store. Ideally, the ranking algorithms will rapidly degrade that advantage (for example, you could simply every day half the bonus the specially picked games get, rapidly making the advantage nominal,) but the first impressions will remain good.

Furthermore, being open and willing to explain about such things will largely mitigate any backlash from those who feel this is unfair

Missing Features
This one can be spun a number of ways, but the most obvious is to directly deflect the question back.

“Why doesn’t OUYA have this?”
“Because we want to hear from you about it first”

Giving people the opportunity to basically talk about themselves and their ideas suddenly makes them feel valued and the centre of attention. It’s a cheap, well know trick, but OUYA have been preaching community and fan involvement from the start, so can hardly be accused of inconsistency

Old/Out of Date
The accusation that OUYA is already old and out of date is going to be the hardest to address. OUYA have already tried, by (re)announcing the yearly upgrade cycle, but this in turn created some misguided expectations and generated a whole lot of debate over what before was probably a minority concern.

Again, putting the feelings of the complainant over any personal feelings is key. OUYA need to not deny this, and so avoid directly contradicting people (the customer is always right). At the same time, they need to emphasise what the OUYA has that more high powered and cutting edge tech doesn’t have. That could be games themselves, or a more general experience (such as variety of games and how much more varied those games are with each other, compared say, to an endless parade of very shiny but bland and indistinct console shooters).

To a certain extent, OUYA have already been putting out these kinds of messages. The Killscreen Create jam has been largely about giving OUYA some games they can point to. However, it’s always going to be a tough sell when saying “come back in a year’s time when you’re bored of PlayStation 4”, and it hardly helps sales in the meantime.

Of course, these are just some of the criticisms that have been levelled at OUYA already. There will be more than right now, probably no one has thought of, which just goes to illustrate how difficult it is to pre-empt criticism. But just the process of thinking through these things usually brings up something that few have considered before, and even if it never comes to pass, it never hurts to have all your answers ready for when it does