Games that require always on internet provide immense benefit to both game developers and customers, but the case for their use is not being made

The recent controversial tweeting by one Microsoft executive about the prospect of an always online console was not what lost him is job, but rather the attitude it displayed. It is one reflecting a deeper frustration amongst those in the game industry with consumer resistance to games and platforms that require a constant internet connection.

There are of course a multitude of excellent reasons why game developers would want or require an internet connection for single player games, or those that do not use the internet directly in the game itself. 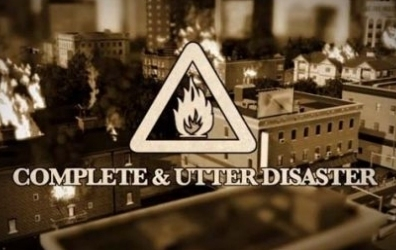 Collecting data about gamer’s habits, analysing where in the game they get stuck, frustrated or bored. Gaining feedback on game balance issues and detecting bugs and defects more precisely and in a way that is useful to developers without having gamers require detailed technical knowledge of the game or needing to manually report. These things help make better games, and therefore eventually benefit gamers, even if not directly / at the time.

Yet the concept of an always online game has become toxic in the minds of many gamers, and grown to represent perceived corporate greed and the running rough shod over gamers’ concerns by large studios and publishers. The internet is also abound with innumerable stories and anecdotes of jumping through hoops, over barriers and gamers being generally prevented from just being able to get on with the game experience.

It is therefore interesting to consider the OUYA, a console that works purely based on digital distribution and though not quite demanding 100% connectivity, essentially needs an internet connection to be in any way useful. It has not encountered any of the hostility directed towards other games and platforms, such as Sim City, Diablo III and the rumoured upcoming Microsoft console.

The key to understanding this is to realise that the benefits of an always online OUYA are obvious. So clear and easy to understand that consumers can see exactly what the direct benefits are to them.

It is in making the case for similar always online products that game developers and publishers have thus far failed. Explicitly spelling out those benefits I listed above, and accepting and accommodating those who are not convinced (i.e. giving them a way to opt out of the data collection) is the bafflingly simple solution that for whatever reason, isn’t being acted on.

In a world where people are increasingly aware of privacy issues and the data they are inadvertently creating, it only makes sense to offer control and give people a stake in the management of the data that, after all, they created in the first place. It’s time companies woke up to customer concerns and understand this is not a technical or anti-piracy issue any more.