Totem Topple’s distinctive art style is one of the things that makes the game really stand out from the crowd, but how did the Native American theme come about?

It was in fact one of the earliest decisions we made when creating the game. After having settled on the initial design of a tower defence game, but in a single tower, there was a strong desire not to default back to the “usual” video game themes. No spaceships and lasers, no pseudo-medieval Europe fantasy worlds. Not because those things aren’t cool, but because they’re overdone and cliche’d. 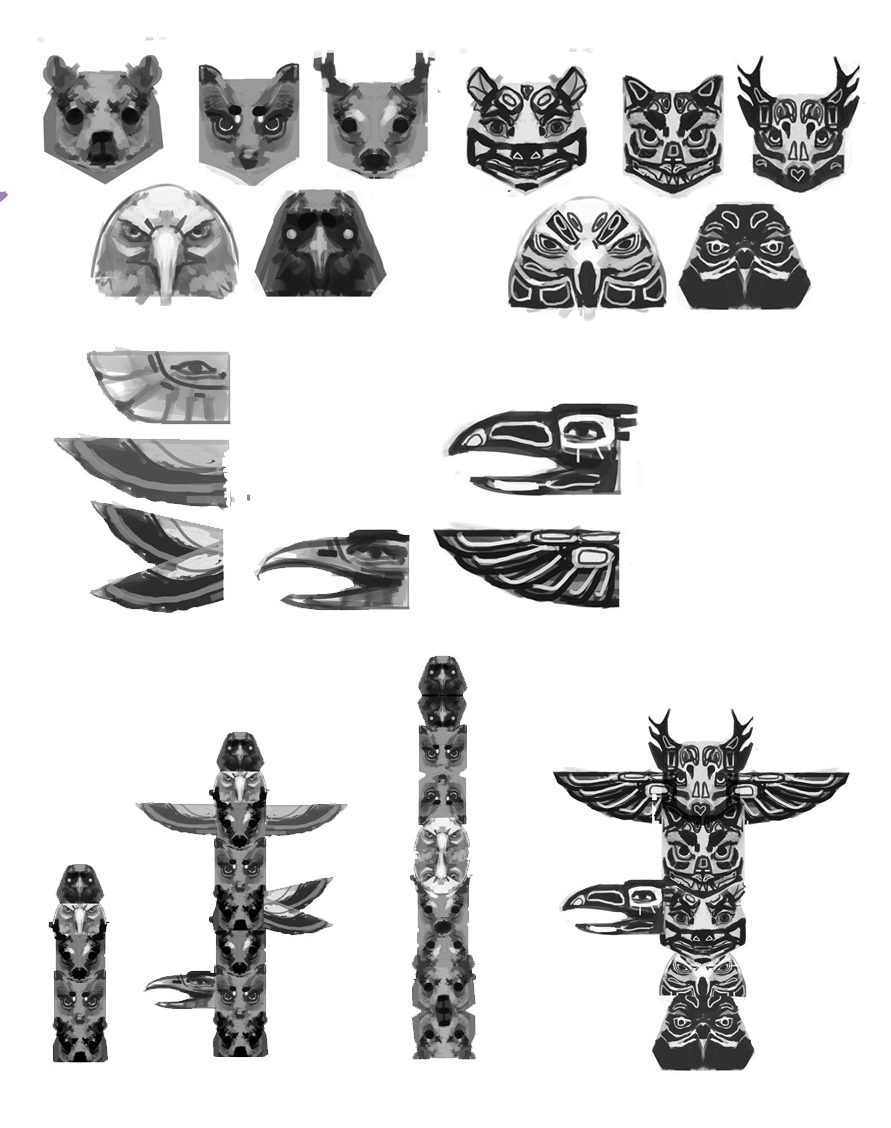 The idea of a totem pole made a great fit conceptually with the game mechanics, which naturally lead to the native American theme.

Of course, we often talk about native American culture as a single thing, but there are significant differences between different tribes and regions. Totem poles have their origins in North West USA and Western Canada, and are not universal to all tribes.

Unfortunately the desert setting used in the game’s backgrounds doesn’t really match that, the mesas and mountains in the game being more akin to those found in the South West USA. Whilst we may add alternative background environments in the future, the more important thing to get right is to not accidentally cause offense with inappropriate use of what for many people is important and meaningful stuff.

In particular, we’ve avoided directly copying real world totem heads, wings or other artifacts and pieces of art. Often, they can represent specific spirits, Gods or ancestors, something that applies not just to Native Americans, but also other cultures who have totem poles or similar wooden sculptures. Of course, we’re always looking for feedback. Our hope is that even if the game is more “inspired by” native American culture more than being a true reflection, it’s at least inoffensive and maybe enough to inspire a few people to find out more about the real culture.