I was pretty gutted with how Totem Topple was received after it launched back in November, both in terms of poor reviews and poor sales. The first reaction is always to get angry, but looking back on the comments, I quickly realised that most of the criticism was justified. When placing myself in the shoes of reviewers or players coming to the game with fresh eyes, the responses to the game were perfectly rational.

One video of the game was particularly telling: I watched as the player died, died again, died again. Then they checked the in-game help, compared what all the different totem heads did. They devised a strategy, and I’m sitting there thinking “Looks like they’ve got it now. Should be ok this time!”. Only to be taken out by chance enemy spawn that really, they couldn’t do anything to mitigate. The video ended there. Although there was no commentary, I could almost hear them thinking “I did everything the game told me to and still died every single time. **** this.”

The proper, professional response to this is to learn the lessons and bring them to the next game, but otherwise move on. Instead, here I am, still working on the game 6 months later. A mix of sunken cost fallacy and bruised pride sucking me in, leading me to try and rescue Totem Topple. This is the story of how I’ve reached this point.

For those not familiar with Totem Topple, the premise is players add different heads, wings or bird beaks to their totem pole. These represent the turrets, walls and stats boosters of more traditional tower defence games. Demon spirit enemies then float down from the top of the screen, attacking the base of the totem pole.

When the bottom head on the pole has taken enough damage, it is destroyed, and the whole tower drops down one level. When all heads are destroyed, it’s game over.

Totem Topple, like so many games these days, was born in the fires of a game jam. Over 2 days, myself and 3 fellow indie devs poured our efforts into creating a little mobile tower defence game at a game jam curiously sponsored by King, of Candy Crush Saga fame. After the jam, all the other team members had full time jobs, so I took on the task of polishing up our creation and putting it on Google Play. That took about 2 weeks, and whilst it got a smattering of downloads, it largely went unnoticed, another drop in the ocean app store.

I’ve heard a number of theories about why jam games do not make good candidates for full-production games. I personally subscribe to the idea that the best jam games really drill down to one central, super-polished mechanic, but as a result lack depth. Fun for 5 minutes, but without the larger game loops that keep the player engaged on an hour-by-hour basis, or make them spend their lunch break devising strategies for when they get home to the game.

This, plus a nagging feeling that the audience for console games would reject anything that looked too much like a “crappy mobile port” lead me to spend a lot of time creating a complicated “custom game” system. Players could tinker with all the variables behind the scenes, add new heads and enemies, re-order when different waves spawned, and so on.

I was encouraged when a couple of months into development, Nintendo announced Mario Maker. Suddenly, level editors were all the rage and the custom game feature felt like a part of a wider movement around giving players more control to modify and create content in-game. 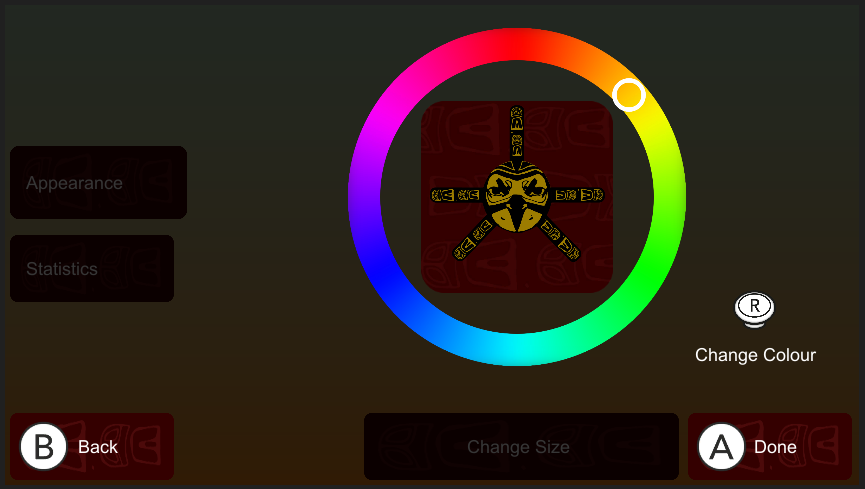 In retrospect, I was putting too much time into a feature that very few people were ever likely to actually use. It also allowed me to fool myself when it came to balancing the game, allowing me to say “Oh, well balancing the game is hard, so I’ll throw it open to players and they’ll appreciate being part of the development process, with a developer who is humble enough to admit (by implication) that they don’t know all the answers.”

When really, the game would eventually release without the Custom Game feature, owing to the difficulty of making the user experience feel really smooth. And due to the difficulty to keep it maintained every time something else in the game changed.

As for the balance (or lack thereof), that would turn out to be the biggest issue people had when the game did eventually launch.

Six months after its inception, the game was “finished”, and I was busy trying to drag the it through Wii U lotcheck process. One of the reasons for bringing the game to Wii U was to go through the process at least once, with what I thought was a relatively small, simple game. Use the lessons learned in helping bring the bigger, more ambitious Flight of Light to the Wii U, whilst also hopefully earning enough money from it to pay some of the artists and musicians that game would need to get it completed.

And I have learned a huge amount about that process, to the point that I’m confident in taking on projects like porting Gear Gauntlet to Wii U, or in simply offering up my experiences and advice to other developers going through the process for the first time. 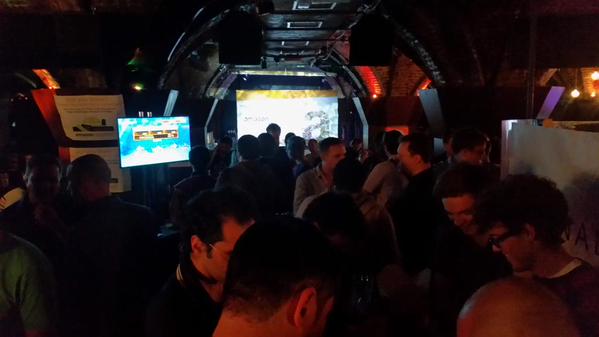 However, I didn’t make things easy for myself, insisting on adding odd features like Miiverse integration, leaderboards and analytics packages. Whilst I was wading through all that, I took the game to Pocket Gamer Big Indie Pitch, at which the judges eviscerated the game for its various flaws.

I went away and decided the game needed some big changes. I removed the Custom mode and added in a “Classic” mode to replace it. The theory being that it was closer to more traditional tower defence games, and would be a good way for people to learn the game before going on to the original game, now rebranded “Frantic” mode.

When the game did come out, Classic mode had had far less time put into its balancing. Whereas most of the reviewers who actually played Frantic mode preferred it, universally, they all struggled with Classic mode. I’d pushed Classic mode to the fore of the game, placing it first on the menu, plus the name itself suggested it was a more logical place to start the game. Consequently a majority of reviewers took Frantic mode, which had far more time put into its balance, as more of a bonus mode, rather than the real core of the game.

The game also came out at a bad time. Right in the middle of the Christmas/holiday season, a day before two big 1st party Nintendo titles landed on the system, in a period full of the latest AAA games arriving on other platforms. 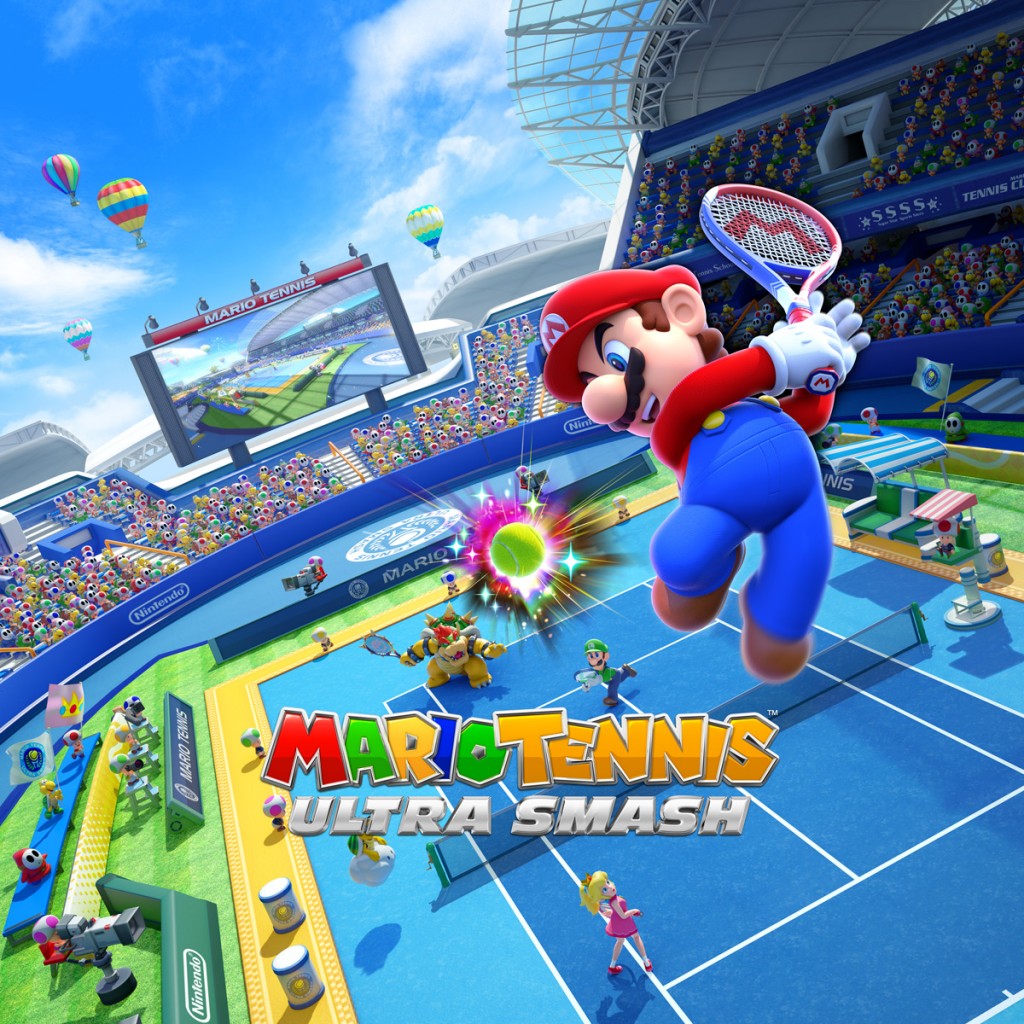 In terms of marketing, I stood on my virtual soapbox shouting at social media, but got nothing back. I wrote a bunch of blog posts about what I felt were interesting aspects of the game – It’s Navite American Inspirations, it’s day/night cycle, the differences between frantic and classic modes. Few beyond my immediate circle of friends read those posts, and certainly none of the reviewers picked up on the subtle things I’d included in the game, that to me represented the love and attention I’d put into it. Like how the music changed when the enemies started getting harder, then changed back when they got easier again. In fact, one reviewer claimed the game only had one single repetitive song on a loop. Which annoyed me intensely until I realised they probably never got past the first few waves, and so never heard the change.

The other reason I gave up on making all those blog posts was that in the time between the game getting approved, and actually being available to buy, I’d run out of stuff to talk about. I thought I was being smart, storing up things to talk about with regards to the game. Keeping my power dry until the last couple of weeks before release. Only to find being approved does not mean the game is on the store next week (or anything close to that).

That exhausting process and a feeling like I’d already spent way too long on the game contributed to an attitude in the weeks leading up to the release of “just ship it”, and “so what if it was the wrong time of year”. I was determined to get the game out and into the world, and not be one of the long line of indies who never actually finish a game. 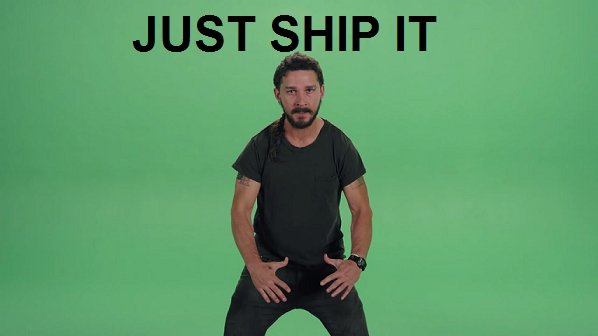 Another marketing fail was the video / trailer for the game. It just did not show what it was like to actually play the game, or even whether the player was trying to knock the tower down or build it up or quite what they were supposed to be seeing and doing.

Finally, I’d decided that getting youtubers and streamers to play the game was all the rage, and would make the big difference. So I planned to spend the couple of weeks preceding launch just handing out as many codes to as many people as I could persuade to give the game a try. However, Nintendo only gave me the codes 3 weeks before launch day, giving me just enough time to contact those specialist Nintendo review sites who I knew could make a real difference to the game’s reception.

Once their less than stellar reviews started trickling in, I immediately paused all my marketing plans, and determined that I must find and correct what was wrong with the game before continuing.

Another lesson learned the hard way was that patching is its own entire thing, and not simply a case of changing a few variables in Unity and pushing a fresh build to the game via Nintendo. In the heat of the game’s launch and the days after, I made a series of rushed changes to quickly re-balance the game and sent them off to be approved. The resulting patch did not arrive until end of January, long after the game’s fleeting moment in the spotlight of Nintendo fan interest had long since flickered out. 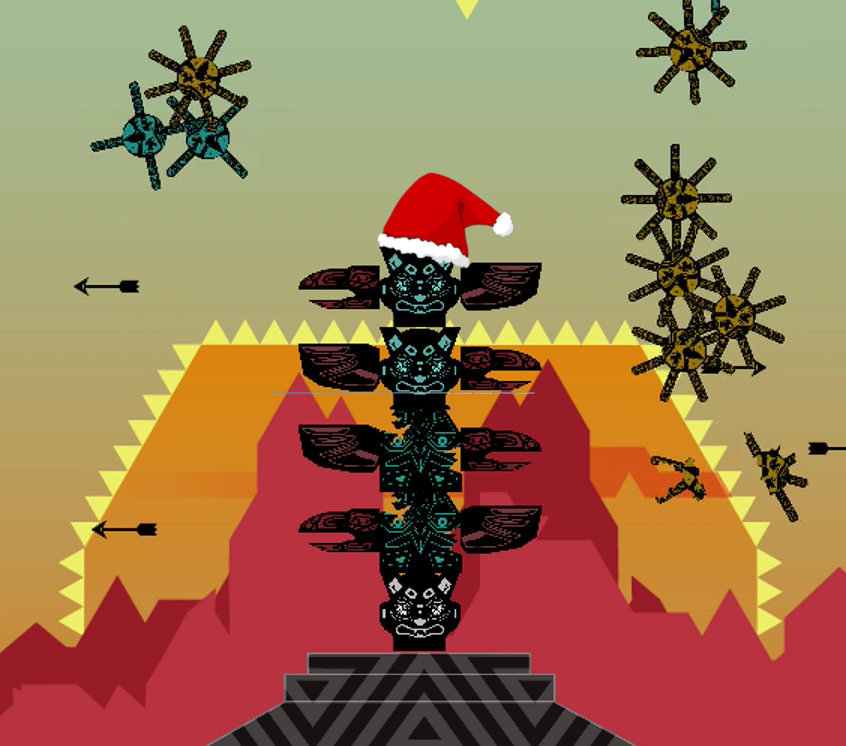 In fairness, a couple of reviewers did the game a decent service and took a second look, or waited till after the patch before giving their verdicts. But for it to have any impact on the game’s overall reception and sales, that ship had long since sailed.

That brings me to today. The second patch is now out on Wii U, and the changelog is as long as my arm. New features, new enemies, improved tutorial and UI, and everything rebalanced from the ground up. The game is releasing in new territories (Australia and New Zealand). Taking advantage ofUnity3d’s cross-platform building, the game now runs on PC, and hoping now to pass Steam Greenlight. You can see some of the changes made in the new trailer below:

(You can vote on greenlight here: http://steamcommunity.com/sharedfiles/filedetails/?id=691517098)

Will it rescue Totem Topple? Financially, the chances of even modest success are vanishingly small at this point. However, the game as it is now, at least I can be proud of it, and give those who do take a chance with it a fun time.